Starting from race kit collection, the pre race day event (friendship run), the instant bridge for runner to cross over from Bangunan Sultan Abdul Samad to Dataran Merdeka (thats brilliant!), the new route, superb crew at water stations with 2 power gels stations, with lotsa lotsa stanby crew with muscle spray aids at the final 10kms, what else I can say, the event organizer really read our runner's mind!

Honestly, I wasnt ready to run the full marathon 42km as I have just started my training (less than 5 weeks due to a setback which forced me to stop running more than a month). My weekly mileage before the race is just below 40km (-/+)

But decided to treat this as one of my long run since it was SCKLM 10 years anniversary and I dont want to miss the fun!

Last year, the marathon course only took 8km in the city centre before heading to KL two highways (AKLEH & DUKE).

This year, we ran almost 18km around city centre before heading to DUKE! Really loving the night view of Kuala Lumpur!

The final 10km route which I thought supposed to be mental challenging, turns out the best route ever! I really enjoy running downhill (ran at pace 4.30 after climbing Bukit Tunku Hill!).

I plan to finish the race in 5.00 hours but somehow I was so happy enjoying the run, I didnt realised I was running a little bit fast. Clocked 4:42minutes for SCKLM 2018. Not a PB but definitely an enjoyable race, ever!

Im so loving this new route. I really hope they will maintain the same route next year as I wanted to treat SCKLM as my major race next year! 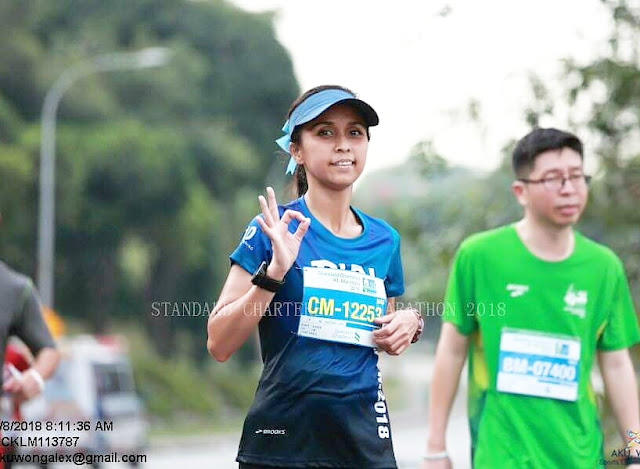 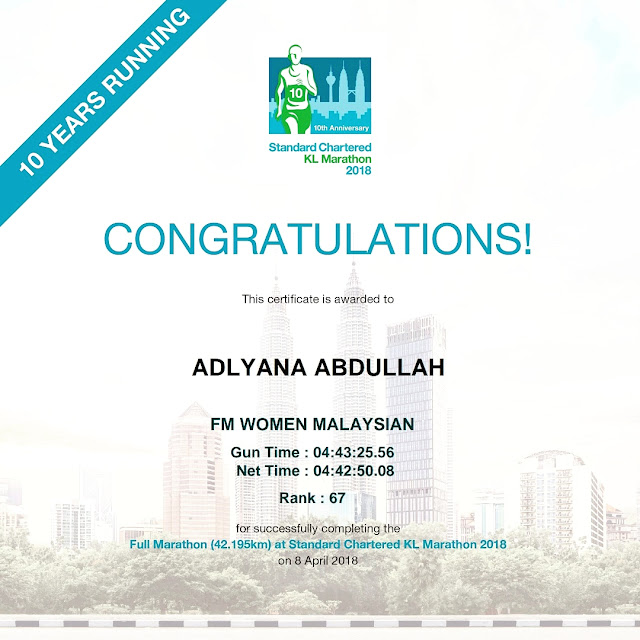 Posted by Outdoorfreak at 2:02 PM